Than Sok infuses new meaning into spiritual practices and investigates the ways in which they permeate daily life and vernacular culture in Cambodia. His art explores how Buddhist principles manifest and dictate relationships to community and environment, while being able to question the role of religious ritual and its incumbent sense of morality.

Recently Than has committed to studying and developing techniques of a particular form of Buddhist painting, focusing on the water patterns, known as Kbach Teuk (water forms), in temple murals. These are an essential aspect of traditional Buddhist art in Cambodia which Than has reconceptualised into an experimental form, developing new patterns that are meticulously repeated in a process imbued with the discipline and persistence intrinsic to forms of ritualistic devotion.

While water has been depicted throughout the narratives and epics of Hindu and Buddhist belief, underlying Than’s focus is water’s agency, relationality and cultural significance.1 The artist’s home of Phnom Penh is a city built on the convergence of the Mekong and Tonlé Sap rivers. The Cambodian Royal Palace looks onto the banks where these rivers converge and is the site of the annual royal boat races during Bon Om Touk (Water and Moon Festival), signifying the end of the monsoon and the reversal of the Tonlé Sap currents essential for fertile rice paddy fields and healthy fish stocks. The ecosystems of the rivers, lakes and seas in parts of Cambodia have also been subjected to catastrophic change through controversial building development, which have disrupted the water sources that sustain many plant, animal and human lives. Than’s series evokes the reliance and interdependence of all life on water and reiterates why this subject has been a preoccupation of art, culture and belief throughout history. 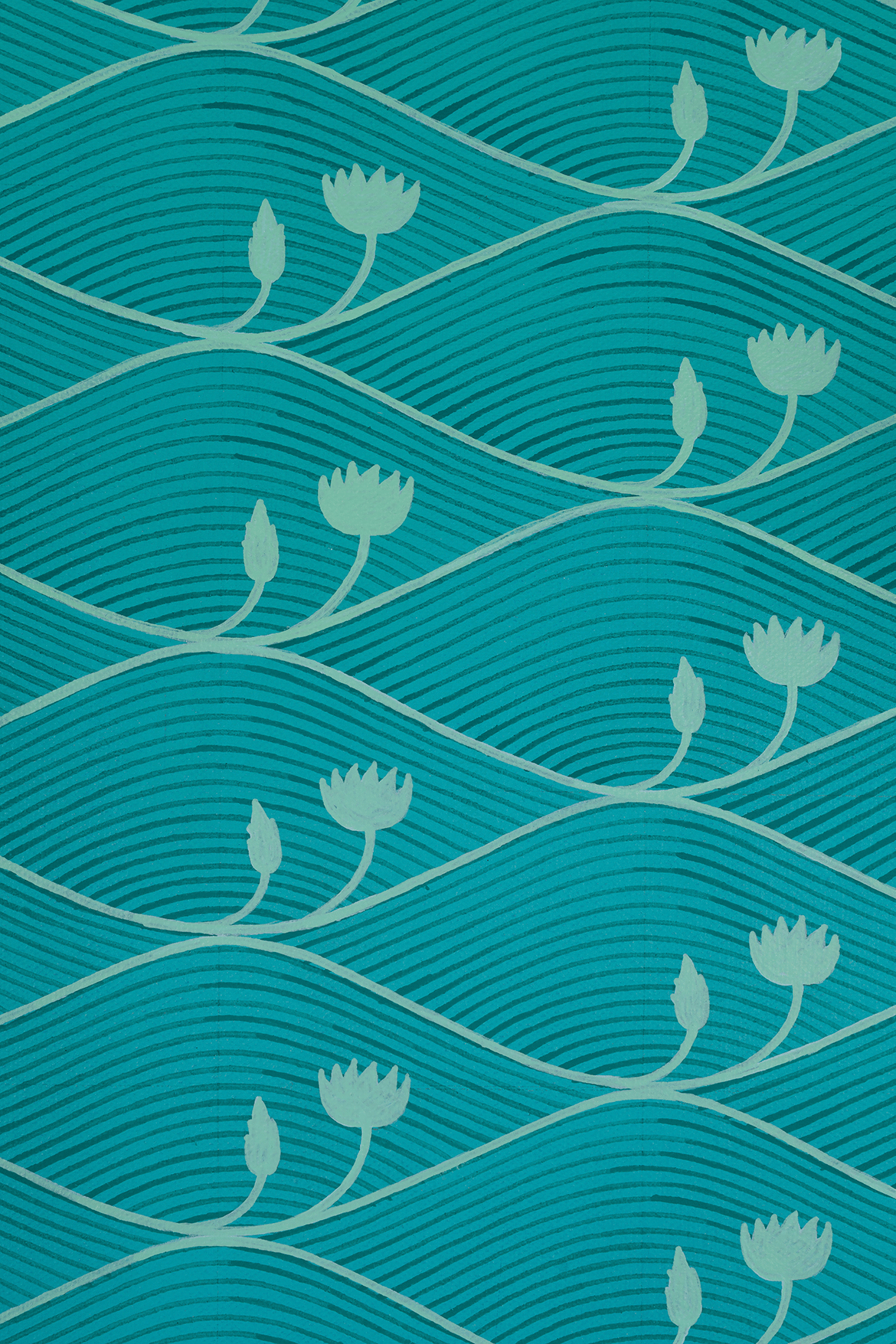 Delicately executed in a palette of greens and blues reminiscent of the water depictions in temple murals, each painting focuses on a different aspect of the natural world, which is then transformed into a unique water design. Individual works become a study of a particular animal or plant — such as fish, reptiles, shrimp and water celery — melding into the form of a corresponding water motif. Such patterning typically serves as the backdrop to anthropomorphic narratives in Cambodian art and architecture; however, Than transforms these into their own composition, where the detail and design are drawn into primary focus. The delicately controlled brushstrokes echo contours of waves, ripples and changing currents of waterways, exuding the meditative rhythm of the flow of water.

The Kbach Teuk project seeks knowledge through learning and discipline, and through its application Than sees tradition and religious values as edifices that can continue to be rediscovered in the context of our contemporary conditions. The project investigates the potential of such a discipline today while considering the fragility and universal value of one of the most essential elements of life.

On display in ‘The 10th Asia Pacific Triennial of Contemporary Art’ at the Queensland Art Gallery and Gallery of Modern Art, Brisbane from 4 December 2021 to 26 April 2022.

Saudi Arabia’s campaign to assert itself as an arts destination continues with the launch of the first artist residency...

A song plays from another room, 2021, Lesley-Anne Cao’s most recent installation at mo_ in Taguig, Metro Manila, stages...

It isn’t uncommon for museums around the world to stage an exhibition devoted to painter Johannes Vermeer, whose intimate...