Brown pigments have been available to artists since prehistory in the form of clay earths containing manganese and iron oxides. The use of brown in European painting peaked in the 17th and 18th Centuries, when artists like Carravagio, Rembrandt, and Van Dyck made expert use of dark brown earth pigments in their chiaroscuro paintings. Around this time brown pigments were also being made by grinding up Egyptian mummies, a macabre and unethical practice that thankfully declined in the 19th Century. The 20th Century saw the development of azo and benzimidazolone pigments, expanding the range of brown pigments beyond the traditional iron oxide-based colours.

Here is a guide to the brown pigments used in artist paints today according to the Pigment Colour Index, identified by the prefix PBr or NBr. Find out more about the Colour Index and why it is useful to artists in this post.

Each swatch is an example of an artist paint that uses that particular pigment, and the actual colour may vary. You can click on each swatch to go to the paint that is pictured. 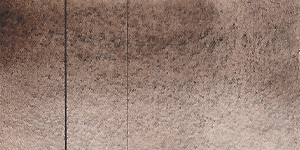 Derived from soil and peat containing natural clays and iron oxides, NBr 8 was used by many of the Old Masters- most notably Anthony van Dyck, Reubens, and Rembrandt. Few paint manufacturers offer genuine Van Dyke Brown today due to lightfastness and permanence issues. Van Dyck Brown paints labelled PBr 8 are considered to be highly lightfast, but there seems to be some inconsistency around the pigment colour index numbers, because some paints labelled PBr 8 are listed as fugitive, indicating that they are actually made with NBr 8. 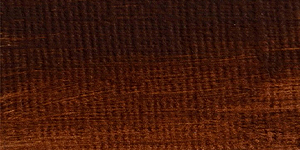 Colour Description: Many shades of yellow, brown, and red
Transparency/Opacity: Opaque to semi-transparent

Synthetic brown iron oxides are created by oxidising iron in controlled conditions, adjusting the ratios of hydrated and anhydrous iron to determine the exact shade. Pbr 6 mimics naturally occurring brown iron oxides that are categorised under PBr 7 and are very similar. However, some paint makers say it’s easier to make artist colours using synthetic iron oxide pigments because their natural counterparts can contain impurities and free radicals that can affect the behaviour and handling of the paint. Pbr 6 tends to dry more slower in oil paint than Pbr 7. 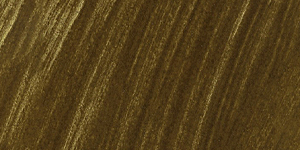 Colour Description: Many shades of yellow, brown, and red
Transparency/Opacity: Opaque to semi-transparent

Pigment index number PBr7 broadly refers to pigments containing natural brown iron oxides. These include Sienna and Umber, two of the most commonly used earth colours in an artist palette. Sienna is named after the city of Siena, Italy. It is a yellow-brown earth pigment that was originally sourced from the Italian province of Tuscany. The colour became extremely popular with artists of the Renaissance in the 14th Century. Similarly, Umber is named after the Italian region of Umbria where the pigment was originally mined. ‘Burnt’ variations of earth colours can be produced by heating the raw pigment. This process, called calcination, partially converts the brown iron oxides into hematite, a red iron oxide. The presence of manganese in natural earth pigments make them fast driers in oil paints, making them very useful for underpainting. It’s difficult to suggest some colour mixtures for such a broad range of pigments, but try mixing Burnt Sienna and Ultramarine Blue (PB 29) to make a rich black-brown, and Prussian Blue (PB 27) and Raw Umber to make a spectrum of greens. 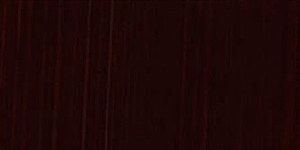 PBr 8 contains manganese hydroxide and other iron oxides, but it’s unclear whether it comes from a natural earth or from a synthetic source. Paints labelled Van Dyck Brown are often made with PBr 8, and although it is not genuine Van Dyck Brown (NBr 8), it is much more lightfast than the original pigment. 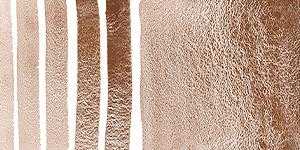 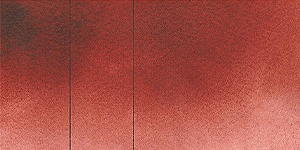 A synthetic disazo pigment, closely related to the red azo dye-based pigments rather than the traditional iron oxide brown pigments. It is a very strong colour with a high tinting strength, and in watercolour it makes a good non-granulating alternative to natural earth pigments.

PBr 24 is sometimes used to imitate the toxic pigment Naples Yellow (PY 41). It is a warm, buttery colour with excellent lightfastness that would be at home in a portrait palette. 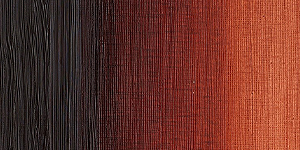 This post is part of an ongoing series about the Pigment Colour Index.

You can also read our Pigment Stories series to find out about the history behind some widely used pigments.

Evie’s interests lie in the history and characteristics of artist colours and materials. This research plays a large part in her art practice; she uses traditional techniques, such as silverpoint, and makes her own watercolour and oil paints. Evie graduated in 2016 from Camberwell College of Arts with a degree in drawing.