by sephina
in Art
3 min read
0


Following a night of sales that generated a collective $283 million on October 28, Sotheby’s has added a final evening sale to its fall calendar. The cross-category auction, which will include Impressionist, modern, and contemporary works, will take place on December 8 and will be live-streamed from the house’s New York headquarters. Bids will come in from specialists in New York, London, and Hong Kong, as well through the house’s online platforms.

Leading the sale will be Pablo Picasso’s 1962 painting Buste de Femme Assise. Expected to fetch a price between $8 million–$12 million, the portrait depicts the artist’s second wife and last muse, Jacqueline Roque, a woman more than 40 years his junior, whom he married the year before the painting was made and remained with until his death in 1973. In 1986, Roque died by suicide. 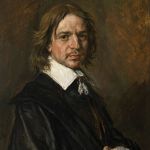 Elsewhere in the sale works by Chaim Soutine, Jean Dubuffet, and Glenn Ligon will go on offer, though Sotheby’s has not released full details on those works.

Paintings of Picasso’s various confidantes—among them Dora Maar and Marie-Thérèse Walter—are a fixture in modern art evening sales. While less common at auction, Picasso created more images of his last wife in his mature period than any other woman in his orbit.

The Picasso headed to auction depicts Roque as though seen from multiple perspectives at once. Other major Picasso works featuring Roque include Jacqueline avec une Écharpe Noire (1954), which shows her wearing a black scarf, believed to be inspired by El Greco’s Lady in a Fur Wrap.

The last major exhibition devoted to Roque’s presence in Picasso’s work was in 2014 at New York’s Pace Gallery titled “Picasso and Jacqueline: The Evolution of Style,” Before that, an exhibition devoted to the final muse was held in 2006, at the Kunst Museum Pablo Picasso in Germany. In 2019, another depiction of Jacqueline Roque titled Femme au chien (1962) sold at Sotheby’s for $54.9 million, more than double its low estimate of $25 million.

Sotheby’s is the last of its competitors to announce an additional hybrid evening sale event. Earlier this month, Christie’s announced plans to hold another relay-style auction, with proceedings taking place in Hong Kong and New York on December 2; Phillips will host its New York evening sale on December 7.

Changes in the auction world in the last several months, including the live-broadcast global evening sale format and restructuring of the sale schedule are now the industry’s norm. “We are continuing to rethink not only the traditional auction calendar, but also the ways in which our sales are organized and categorized,” Amy Cappellazzo, chairman of Sotheby’s Fine Art Division, said in a statement. “Collectors continue to be less concerned with the traditional art market categories of the past.”

These Earthy, Minimalist Rugs Are Made for Small Space Living

A Nurse Angel with Boxing Gloves – The Artsology Blog

The group exhibition Lusus Naturae reflects on the questions of a hybrid future. From 20th January – 7th February,...

Cecily Brown is the first British contemporary artist commissioned by Blenheim Art Foundation to create a site-specific body of...

To receive Morning Links in your inbox every weekday, sign up for our Breakfast with ARTnews newsletter. The Headlines PERFORMERS WERE THE STARS OF YESTERDAY’S...

I once received the following email from an artist who was in the awkward situation of having sold a...

A Nurse Angel with Boxing Gloves – The Artsology Blog

Garden on the Wall Brings the Outdoors In