by sephina
in Art
3 min read
0


On the heels of one U.S. museum’s controversial plan to sell 12 works at auction, another major institution has revealed that it will deaccession art in an attempt to mitigate the financial blow of the coronavirus pandemic.

On Friday, the New York Times reported that the Baltimore Museum of Art is deaccessioning three blue-chip paintings from its collection. In the coming weeks, Sotheby’s will sell Brice Marden’s 3 (1987–88), estimated at $12 to $18 million, and Clyfford Still’s 1957-G (1957), estimated at $10 million to $15 million, at auction. The house will also sell Warhol’s The Last Supper (1986) via a private sale. Together, the works are expected to bring in $65 million. 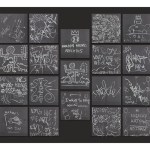 Sotheby’s has not confirmed the dates of the upcoming public sales. A representative for the house did not respond to request for comment.

In a statement, the museum said it plans to allocate profits from the sale to advance staff salary increases and to expand diversity initiatives. Around $10 million of the proceeds from those sale will go into the museum’s endowment fund for acquisitions, established to invest in artists of color of the postwar era. The remaining $55 million will be put toward a new fund for collection maintenance costs. This plan for the fund is to generate $2.5 million in annual income, in order to cover the salaries of museum staff at all levels.

Clair Zamoiski Segal, the chair of the museum’s board, said in a statement, “Over the past several years, the BMA has placed considerable focus on issues of diversity and equity, whether in the scope of our collection, the range of our exhibitions and programs, or the makeup of our board and staff. While we have made great strides, we—the board and leadership of the BMA—have also recognized that more needs to be done to support and encourage the team that makes our museum a welcoming and engaging space for the community and equally to continue our efforts to inspire and expand the audiences that experience our collections, exhibitions, and events.”

The move is sure to be a controversial one, as past efforts to sell works from the BMA’s collection have stoked ire—and proven influential. In 2018, the museum deaccessioned a cache of blue-chip works by white male artists to allow the museum to raise funds for the diversification of its collection. Those sales generated $7.9 million and enabled the museum to purchase works by Amy Sherald, Wangechi Mutu, Jack Whitten, and others.

The BMA’s deaccessioning generated scandal at the time, with critics claiming that the institution was parting ways with works that were of high quality and that it was defying guidelines set down by industry groups. It has, however, proven an influential model. To diversify its holdings, the San Francisco Museum of Modern Art sold a $50 million Mark Rothko painting in 2019, and the Everson Museum of Art in Syracuse, New York, now has plans to sell a $12 million Jackson Pollock drip abstraction later this year.

The present works coming up for sale from the BMA are valuable. Warhol’s The Last Supper (1986) is one of 15 by the artist currently owned by the museum, and Marden’s abstract painting is the sole work by the artist in the museum’s holdings.

Part of the reason the deaccessioning is possible is because the Association of Art Museum Directors has relaxed its guidelines for institutions. In a rare move, this past April, the industry group said that, for the next two years, institution leaders could sell works from museum holdings, if the income is used to support conservation or acquisition projects. The Brooklyn Museum in New York became one of the first to make use of that new guideline when it announced in September that it would deaccession 12 works from its holdings.

The Nitsch Foundation is the official representative of Hermann Nitsch and supports activities which foster the exploration and presentation...

Tomás Llorens, an art historian and curator who became a key figure in the history of several major Spanish...

Ever since the enigmatic Italian architect and designer Carlo Mollino died in 1973, leaving behind a secret residence in...

An 1891 painting by Henri de Toulouse-Lautrec that was held in the same collection for more than a century...